Portent of doom ... Why is desertification increasing in Australia and why isn’t it being discussed?

Every time a new subdivision is built more land becomes an urban desert with large trees removed and a light cover of grass and a few shrubs replaces the vegetation that was removed. Urban public drainage systems divert rainwater away from the land into rivers and then the sea.

Urban householders don't want large trees that drop leaves and branches and need to be trimmed every ten years or less by expensive contractors.

However, farming and rural land development for resource projects is the biggest contributor to desertification. The lack of care for the environment and ecology is driven by human greed, maximizing profits, and transferring costs of remedial works away from the perpetrators of environmental degradation to taxpayers and ratepayers if indeed any remedial works are performed.

Desertification is increasing in Australia and it is not even an issue worthy of public discussion and controversy.

Coming to a suburb near you ... the Nullarbor plain. 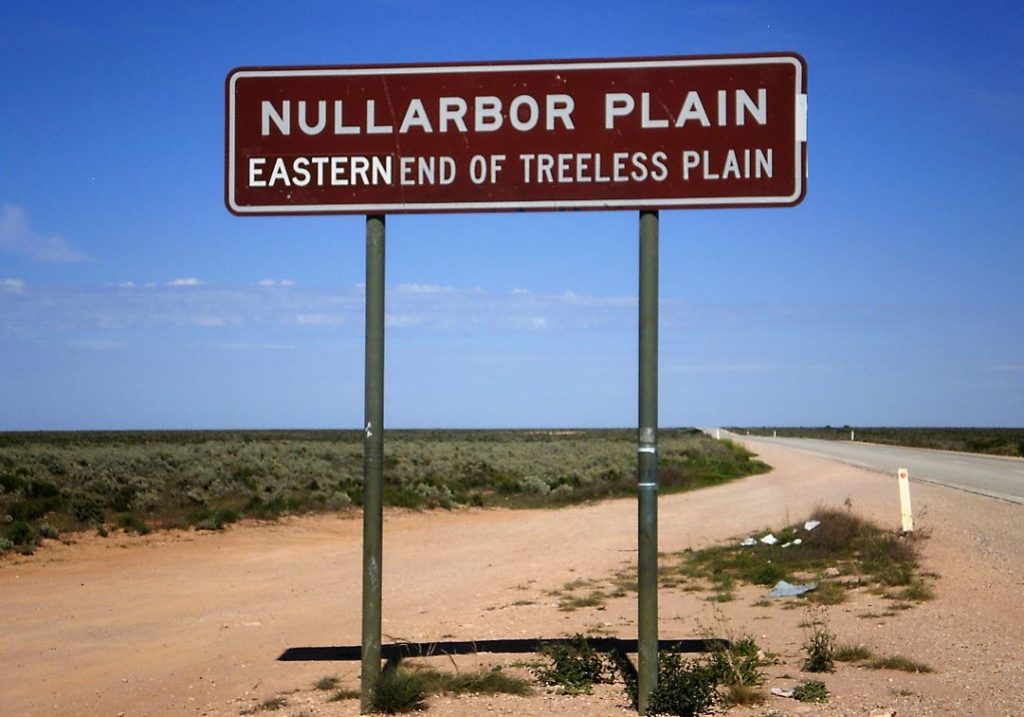 ... Why is desertification increasing in Australia and why isn’t it being discussed

Like many places around the globe, Australia has failed to recognise that many of its current agricultural practices are destroying soil health and leading us to an ecological abyss. One of the most common causes is overgrazing which severely reduces root mass and finally leads to plant death. Through a process known as exudation, roots secrete the glue that holds soil together, retains water, helps recycle nutrients and are an important photosynthetic mechanism to sequester atmospheric carbon dioxide and put it in the soil for a long time. In other words, plant photosynthesis with good root systems is one important solution to anthropogenic carbon emissions. On the other hand overgrazing leads to poor root dynamics, compaction of the soil, reduced diversity, exposure to erosion and declining food quality. It comes about from a mixture of farmers lack of understanding of good grazing and land management practice (providing suitable rest times for pasture regeneration) and the financial pressure of banks pushing farmers and graziers to increase rather than decrease stock numbers.

The other cause of desertification is an oversimplification of cropping agriculture and the development of monoculture landscapes (that is the antipathy of nature). In our quest to follow the holy grail of economic efficiency, large tracts of timber have been cleared, fences have been removed and integrated farming practices (mixture of diverse crops, pastures and livestock) have been replaced by single crops that spread from horizon to horizon. Historically important crop rotations and diverse pastures have been replaced by single species annual crops often rotated with long term bare fallows (leaving the soil bare for up to 18 months). Nature abhors bare ground because it shuts down the liquid carbon exudate pathways provided by photosynthesis. These pathways recycle nutrients and stimulate healthy biodiverse microbes to convert these liquid carbons into stable soil humus. It is the soil humus that hydrates the landscape and provides and ecological living bridge between wet and dry periods. Fallows sterilise the soil and rocket the soil towards desertification.

The irony of “modern technological farming” is that breeding of these high yielding high input grain crops since the mid 1900’s has also led to smaller root systems unable to withstand dryer climatic conditions. The older taller varieties that shaded out weeds and had large root systems have been replaced with dwarf varieties that need herbicides in order to compete. We have created a farming monster that it reducing biodiversity, reducing soil health and drying the catchment.

The end result is we have completely changed the hydrology of the landscape within the last 70 years. We have replaced multi species perennial grasses, legumes, herbaceous plants and trees with annual crops, bare soil and environmental wastelands full of salinity and soil erosion. According to the early explorers records (George Robinson and Sir Paul Strzelecki Ref 2, 3), Australia was once was a fertile series of plains with raised connecting ponds that formed rivers in times of extended rainfall. The soils at this time were historically rich in organic matter holding valuable nutrients and water. Overgrazing and monocultures of grain crops have destroyed a once fertile oasis. No one wants to discuss how we tackle this problem because current research is based on short term productivity, partly and fully funded by large fertiliser, chemical and seed companies. These companies are represented by their peak body Crop Life Australia who actively lobby the Federal Government to make sure things stay the same. ...
Click to expand...

All animals with hoofs should be removed from wild australia.

All animals with hoofs should be removed from wild australia.
Click to expand...

The huge monoculture blocks make life hard for bees—no mix of nutrients in nectar because all the same, esp GMO crops.

How do rabbits make desserts?

This map looks quite terrifying in regard to saving Australia from desertification.

This is one of the leading causes of desertification:

Monthly Temperature: September 2020
During September 2020, warmer-than-average temperatures were present across much of the globe. Temperature departures of +1.5°C (+2.7°F) or higher were observed across parts of the North Pacific Ocean, western parts of Canada and the U.S., the North Atlantic Ocean, South America, Europe, Asia, Australia, and Antarctica. Record-warm September temperatures departures were present across the Middle East and Mediterranean Sea, northern and southern parts of Asia, Kara Sea, the north and western Pacific Ocean, Indian Ocean, northwestern Australia, as well as parts of South America and the western contiguous U.S. Overall, about 8.49% of the world's land and ocean surfaces had a record-warm September temperature. This was the second highest September percentage since records began in 1951, behind September 2015. Cooler-than-average conditions were limited to parts of Greenland and adjacent portions of the North Atlantic Ocean, eastern Canada, the eastern U.S., the tropical eastern and central Pacific Ocean, the southern Indian Ocean, and the western part of Asia and northern Africa. However, no land or ocean areas had record-cold September temperatures. an analysis of global temperatures and precipitation, placing the data into a historical perspective

Deforestation still proceeds in Australia despite the controversy and expressions of concern by many citizens.

The lucky country is becoming unlucky as greed overwhelms the ecology and rationality.

... Of the eleven world regions highlighted as global deforestation fronts, eastern Australia is the only one in a developed country. This problem threatens much of Australia’s extraordinary biodiversity and, if not redressed, will blight the environmental legacy we leave future generations. ...

... Thirteen years ago, scientists from across the world expressed their grave concern about ongoing high rates of land forest and woodland destruction in the Australian State of Queensland. For a while, the warning was heeded, and the Queensland state government acted to bring land clearing to historically low levels.

The progress made then is now being undone. Forest and woodland destruction has resumed at increasingly high rates. This return of large-scale deforestation to Australia risks further irreversible environmental consequences of international significance. ...
Click to expand...


“Ice tests are still ahead, probably this year, because now ice tests did not work out, the ice thickness was 1,1 to 1,2 meters. It was thin and loose, the icebreaker received no resistance at all,” Shchapin says.

He adds: “We tried to find a three-meters ice floe, but they did not find it.”

MilesAway said:
How do rabbits make desserts?
Click to expand...

I suppose they could make desserts with their little hands......
but making deserts https://en.wikipedia.org/wiki/Rabbit_plagues_in_Australia 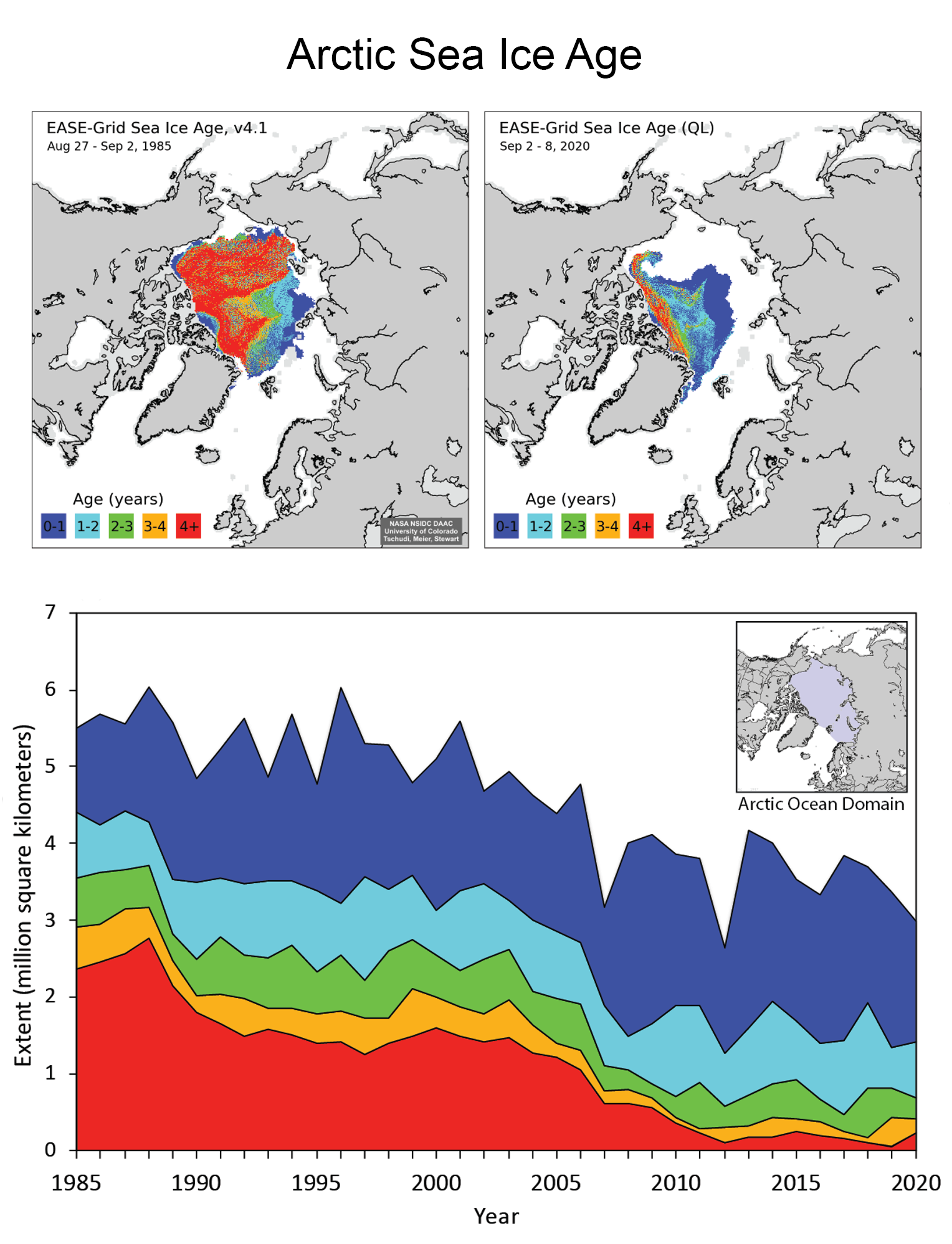