No Fly Zone over Ukraine?

Staff member
Not possible with Putin rattling the nuclear sabre so early in the game. SAMs to Ukraine, they will shoot every Russki jet out of the sky!

Staff member
The reason Nato won't put in a no fly zone is because if they did, they'd most likely have to shoot down Russian planes and bring about WW3 or let it slide and risk looking like a joke. Neither option is a good result for them.

Staff member
Imposing a no-fly zone is joining the battle. It would entail shooting down Russian aircraft, and bombing Russian anti-aircraft batteries.

And if we did impose a no-fly zone, and the Russian forces on the ground in the zone were assaulting a Ukrainian city, the next thing we would hear is that those aircraft should attack those Russian forces on the ground. Voices would be raised decrying the fact that those aircraft were just flying around up there doing nothing to help the Ukrainian forces, while the Russians were killing civilians and destroying cities right below them.

I can hear it now.

“Mission creep” must be avoided.

Staff member
My heart is with the Ukrainians. I agree with giving them weapons, and I agree with isolating Russia economically and diplomatically.

SethBullock said:
......I don’t want to get into ANY war with Joe as our President.
Click to expand... 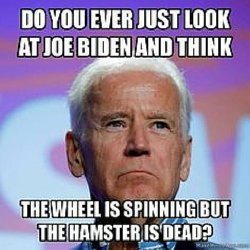