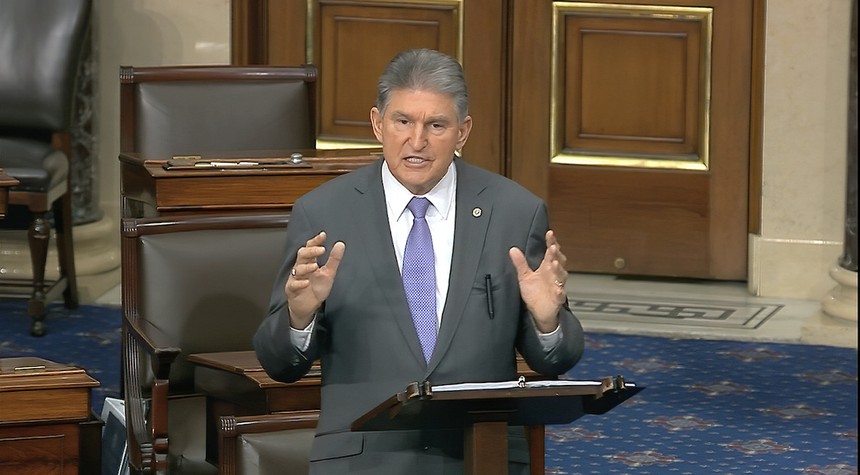 The face of West Virginia Senator Joe Manchin is almost certainly haunting Joe Biden’s dreams these days. Manchin has become the Democrats’ ghost in the machine, disrupting and destroying their plans to spend America into penury and transform society into something strangely alien to most Americans’ idea of freedom.

Manchin single-handedly stopped the Democrats from imposing a $15-an-hour wage on American businesses. It didn’t matter that much since most state governments jacked up wages to $15, which forced any business that could to follow suit. But it was a sign that Manchin, hardly anyone’s idea of a rebel, was not going to roll over for the radicals.

He has now enraged them even more by putting up his hand and yelling “stop” over the Democrats’ plan to spend $3.5 trillion on everything from climate change to Medicare expansion to assuring “equity” and “ending racism as we know it”—if you can believe in Democratic Party fairy tales.

Since Joe Biden needs all 50 Democrats to vote for the package so that it can be passed using the reconciliation process, Manchin’s reluctance to break the bank for the radicals has liberals calling for his ouster from the party.

Manchin’s objections to the bill are brutally logical and ridiculously simple: “I have always said if I can’t explain it, I can’t vote for it, and I can’t explain why my Democratic colleagues are rushing to spend $3.5 trillion,” Manchin wrote in an op-ed in the Wall Street Journal.

Manchin has stated categorically: “I, for one, won’t support a $3.5 trillion bill, or anywhere near that level of additional spending, without greater clarity about why Congress chooses to ignore the serious effects inflation and debt have on existing government programs.”......continued

The $3.5 trillion spending bill has hit a solid brick wall after Conservative Democrat Joe Manchin announced he will vote against the pending legislation.

That would be true if the GOP transport was not an overcrowded clown car.

Rational voters are laughing at the GOP, not with the GOP. 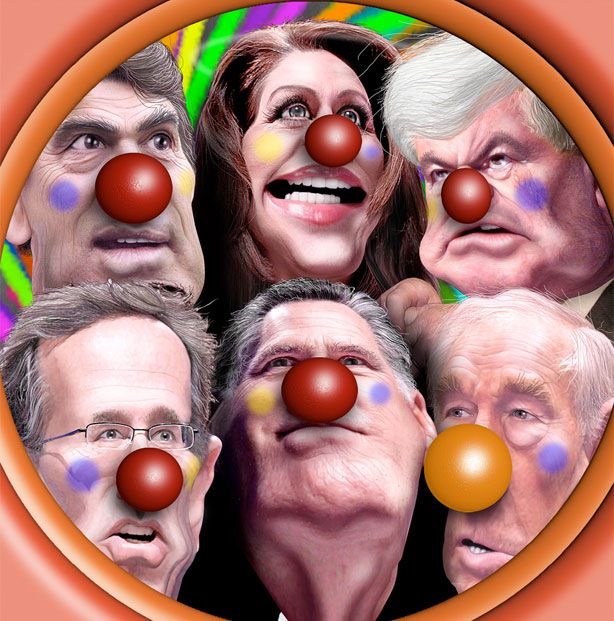 
U.S. Chamber of Commerce: Dems’ $3.5 Trillion Spending Bill
is an ‘existential threat’ to the U.S. Economy​
Source: THE UNCOMANOR

(The Center Square) – One of the nation’s leading economic and business groups is warning that the $3.5 trillion spending bill before Congress is an “existential threat” to the nation’s economy.

The U.S. Chamber of Commerce has launched a six-figure television ad campaign targeting the proposed tax hikes in the measure that would be “taking more hard-earned money from small businesses and working families.”

The initial ads will play in California, Minnesota, Virginia, New York and Iowa.

“This reconciliation bill is effectively 100 bills in one representing every big government idea that’s never been able to pass in Congress,” U.S. Chamber of Commerce President and CEO Suzanne Clark said. “The bill is an existential threat to America’s fragile economic recovery and future prosperity. We will not find durable or practical solutions in one massive bill that is equivalent to more than twice the combined budgets of all 50 states. The success of the bipartisan infrastructure negotiations provides a much better model for how Congress should proceed in addressing America’s problems.”

The chamber also sent a letter to the House of Representatives last week warning members to not support the legislation.

“This ‘everything but the kitchen sink’ approach to raising taxes and creating new government spending and regulatory programs is an existential threat to America’s fragile economic recovery and future prosperity, and will hamstring America as we work to compete globally, especially with China,” the letter said. “No member of Congress can achieve the support of the business community if they vote to pass this bill as currently constructed.”

“We strongly support the Congressional Progressive Caucus and other members in the House who have said they intend to vote for the bipartisan infrastructure bill only once the Build Back Better Act is passed,” they added. “That is what we agreed to, it’s what the American people want, and it’s the only path forward for this Congress.”

This stance complicates things for Democratic leadership, especially after multiple Democratic senators have said they cannot support the larger bill because of its hefty price tag. Sen. Joe Manchin, D-W.V., and Sen. Kyrsten Sinema, D-Ariz., have both balked at voting for the $3.5 trillion bill.

“These are not indications of an economy that requires trillions in additional spending," Manchin said. "Every elected leader is chosen to make difficult decisions. Adding trillions of dollars more to nearly $29 trillion of national debt, without any consideration of the negative effects on our children and grandchildren, is one of those decisions that has become far too easy in Washington. Given the current state of the economic recovery, it is simply irresponsible to continue spending at levels more suited to respond to a Great Depression or Great Recession – not an economy that is on the verge of overheating.”
Click to expand...

The $1 Trillion Infrastructure Bill, until now anyway, is a Bi-Partisan Bill that has significant support on both sides in both the US House & the US Senate........But the $3.5 Trillion Build Back Better Bill may pass narrowly in the House, but has absolutely no chance shy of a Miracle passing the 50-50 split US Senate, where Democrats need 100% of their 50 votes (all 50 Republican votes are on record as being firmly opposed) to just send it to a tie-breaker vote by the US Vice President acting in her role as a tie-breaker as President of the US Senate.

So it the $3.5 Trillion Bill will effectively hit the Senate as 'Dead on Arrival' having less that 100% of the 50 Democrats needed to even get to the tie-breaker.....